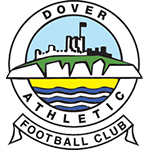 Darren Sarll will be looking to secure his side’s first win of the season, in a competition he holds dear to his heart.

The visitors after a troubling Summer, have endured a mixed start to their season. Despite upsetting Notts County thanks to a late winner at the Crabble on the opening weekend of the season, Andy Hessenthaler’s side have fallen to four consecutive defeats, conceding 14 goals in the process.

Despite the visitor’s poor start to the season, the Boss is expecting a tough afternoon at Huish Park, where his side will have to be at their very best to win.

“Any side that is managed by Andy Hessenthaler is going to see life a certain way and they will be very competitive as they always are. We don’t write anyone off, I don’t write any team off because of their form or look at where they are based in the table, I'm always expecting a tough game.

“We’ll take our necessary preparation to try and be at our very best and hopefully with the right care, focus and intensity we will be good enough to beat most teams not just Dover. I’ll take the same attitude into Saturday whether that would be against Dover or Stockport at the other end of the league. They are very tough games and this weekend we know exactly what we’re in for and how hard a test it’s going to be.”

In his press conference, Sarll confirmed that Courtney Duffus remains unavailable for “at least five weeks.” The Glovers top scorer this season sustained a shoulder injury in our draw against FC Halifax Town.

In the defence, Yeovil will look different with Lee Collins being “unlikely” to start after being substituted in the first half against Dagenham after taking a knock. Luke Wilkinson is suspended following his red card at Victoria Road.

A foot in the opposition camp

After financial problems struck the Whites in the Summer, there was a mass exodus in East Kent, with the likes of Nassim L’Ghoul and Innih Effiong moving on from the Crabble.

Recent signings have seen Hessenthaler dip into the loan market, bringing in goalkeeper Tom Smith from Arsenal and defender Bayli Spencer-Adams from Watford, who has already got two first team apps under his belt for the Hornets.

Live streaming details for Saturday’s match are available from HERE.

Live radio commentary will be provided by BBC Somerset and Three Valleys Radio alongside social media updates on the Yeovil Town channels.

Yeovil Town were involved in an enthralling FA Cup tie at Huish Park drawing 3-3 with Dover in normal time.

The Glovers were able to triumph from the spot after Adam Smith made the decisive stop following thirteen penalties between the two sides.

Prior to the shootout, the 90 minutes beforehand were just as hectic with Rhys Murphy netting a double in the first half and Joe Quigley heading home his first Yeovil goal in the second.

Darren Sarll opted to continue with his 3-5-2 system which produced improved performances in the National League.

With Luke Wilkinson suspended and Lee Collins injured, Albi Skendi, Josh Staunton and Carl Dickinson lined up as a back three.

After a number of bright performances, Gabby Rogers began at left wing back, Dan Leadbitter began on the right.

Returning from injury, Lawson D’Ath began in the middle of the park alongside Charlie Lee and Matt Warburton.

Yeovil Town’s goalscorers combined up top as Murphy and Quigley led the line.

The manic cup tie began with Town on top pressing the Whites shaky defence deep. As Yeovil enjoyed a lot of the ball, Dover began sitting more and more deep.

Finding space to run in abundance, Murphy capitalised, driving to the edge of the box and firing home on his left foot claiming an early lead for Town on nine minutes.

With the wind in their sails, Town were relentless, with Quigley and D’Ath both testing Tom Smith between the sticks for Dover as the half progressed.

Yeovil claimed a thoroughly deserved second for Yeovil on 31 minutes, after a corner caused chaos in the Dover box, Murphy pounced and tucked home his second of the afternoon.

Despite Yeovil dominance, cracks began to show in the backline with Dover finding space on the flanks. Ultimately, the visitors would find a way back into the game, with two goals in quick succession.

Summer signing Louis Collins struck twice for the East Kent side, both in similar fashion. Drifting towards the backpost Collins tucked home Josh Passley’s cross on 40 minutes to make a game of it.

Not learning from their earlier mistake, Collins stung the green and whites again, turning the ball home and delivering a sucker punch for Town with the half time whistle looming.

After a disappointing end to the first half, Yeovil began the second with real intent, carving Dover open with Quigley being once again denied by Arsenal loanee T.Smith.

It didn’t take long for Quigley to put that chance behind him as he was able to get the better of the Dover shotstopper on 48 minutes. A sublime cross from Leadbitter was met by Quigley to head home his first goal for the Glovers on his home debut.

The goal did little to put out Dover’s fire, as the visitors bounced back with a number of chances on the break, Collins who would’ve been hopeful for a hat-trick had an effort saved by A.Smith at the near post.

Dover’s counter-attack game plan worked to perfecting on 63 minutes, as T.J. Bramble poked home to level the tie once again.

Set-pieces became an increasing threat for Sarll’s side as the game entered its closing stages, with Staunton going close twice in the space of a minute, heading onto the bar and dragging an effort just wide of the mark.

Rogers, who stretched Dover on a number of occasions, had his best effort from around 25-yards saved by T.Smith.

In the closing stages, Dover were more adventurous creating an end to end affair, but clear-cut chances failed to fall for Yeovil and Dover in the final moments.

The referee’s whistle was not a welcome sound to either side, as the lottery of penalty shootout was to decide the FA Cup tie.

Despite T.Smith being the star of the show for the visitors, it was his namesake in the Yeovil goal who was the match-winner. The former Leicester City man denied Wratten from the spot and secured Yeovil’s name would be in Monday’s draw.