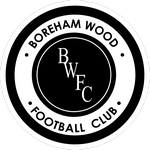 Last time out, the Glovers secured a first league victory over Bromley in South London but attentions now turn to their first taste Trophy this season in Hertfordshire.

The winners of this tie will go on to host Torquay United at home.

The gaffer was delighted to be back to Huish Park after ten days of Zoom training, he said: “We were back in training on Saturday, but we’ve been in contact with players for the full isolation period.

“I never subscribed to the full principles of the first lockdown period with the use of zoom meeting, but we thought as a squad it was important that we used that method to try to keep the same fitness levels up and better them ahead of a mad Christmas period.”

A foot in the opposition camp

Luke Garrard’s Boreham Wood have built a reputation as a tricky National League side. Already toppling Football League Southend in the FA Cup to secure a tie with Millwall, Garrard’s men certainly know what it takes to win in a knockout clash.

The star man is a recognisable face, Kabongo Tshimanga who leads the line for the Wood, spent a spell on loan in Green and White in 2017, but didn’t make a competitive appearance.

Despite a ten day break, Darren Sarll has confirmed there will be no new faces back from injury meaning the likes of Lee Collins and Josh Staunton remain unavailable.

Boreham Wood will be live streaming the fixture, linked HERE.

There will be NO radio coverage by BBC Somerset due to allocation restrictions in Tier Four.

Yeovil Town will provide updates via our social media channels.