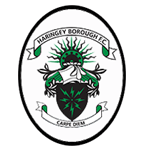 The Glovers match-up against North London Haringey Borough outfit once again this evening (7:45) following the match abandonment just over one week ago.

After a late victory over Chorley on Saturday thanks to Rhys Murphy’s late header, Town will be looking to carry their momentum into the cup as they look to book a place in the first round.

The hosts convincingly beat Horsham 3-0 at Coles Park Stadium on Saturday to advance in the FA Trophy.

Victory tonight will see the winners host Hartlepool in the first round proper.

Prior to the previous abandonment, Yeovil and Haringey Borough had never met before.

With Murphy’s penalty chalked off and both sides holding a clean slate, it’s a chance to write some history for both sides.

Simon Mather will be the man in the middle for this evenings clash. He will be assisted by Christopher Myatt and Ryan Head with Tom Bishop acting as the fourth official.

There will be NO ticket sales made today. Please DO NOT travel without a ticket.

Yeovil Town let their football do the talking with an 0-3 emphatic victory over Haringey Borough.

Despite stories outside the players control surrounding the game, Town produced a confident performance under the floodlights in North London.

A Chris Dagnall double and Luke Wilkinson header were enough to put the hosts to the sword and book the Glovers a place in the first round.

Darren Sarll made five changes to the side which snatched a late win against Chorley last weekend.

Charlie Lee and Wilkinson returned to the side following suspension.

Saturday’s substitutes Dagnall, Gold Omotayo and James Tilley all returned to the starting 11 after making a positive impact in their short time on the pitch.

The first half was characterised by a distinct lack of chances. The Glovers largely controlled the tempo, but the final pass just wasn’t there.

Dagnall had a number of chances to get on the end of crosses, but the former Leyton Orient forward couldn’t quite get a touch.

Tilley looked bright once again after registering an assist on Saturday, the attacking midfielder went close with a speculative effort from distance in the 14thminute.

The visitors would have the first clear sight of goal as Jorge Djassi Sambu had his effort expertly tipped over by Stuart Nelson.

Despite the lack of chances, the green and whites would find a way to go in front, albeit through a far from attractive effort in the 31stminute.

A goalmouth scramble saw the ball fall to Omotayo, the forward couldn’t get a shot away but Lawson D’Ath then powered through at the near post and fired on goal, his effort was then turned in by Dagnall for his first goal for Town.

At the break, Yeovil held a deserved lead.

Haringey should have levelled just minutes into the second half. A great counterattack caught Yeovil out with Froxylias played clean through on goal on the right flank, but a great stop from Nelson denied the hosts wide man.

A driving run from Hippolyte won a free kick for Yeovil. An unlikely candidate in Wilkinson stepped up and saw his effort fly just narrowly wide.

Just minutes after his free kick, Wilkinson would double the Glovers lead in the 56thminute. After Pajetat was caught in no man’s land, the defender rose highest and emphatically headed home from a corner.

It would be three moments later as Dagnall netted his second of the evening in the 60thminute. After Pajetat failed to deal with a cross, the Yeovil forward made no mistake in capitalising on his error and put the result beyond doubt.

Haringey would continue to test Yeovil, going closest through Coby Rowe who had a free kick expertly saved by Nelson, but the hosts could not break down the Somerset side.

Ultimately, it was Yeovil's quality and experience that told as Town booked a date with fellow National League side Hartlepool at Huish Park.

Tickets for our clash with Haringey Borough will on-sale until 5pm today.

There will be no ticket sales made on the day so please do not travel without a ticket.

Any tickets purchased from the previous fixture are no longer valid.

Prices for the game are as follows:

TICKETS | Pay on the day in Haringey