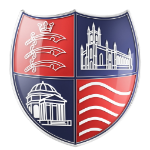 After a strong showing in the last round with a 3-1 victory over Welling United, National League South opposition visit Huish Park once again.

Most recently at Huish Park, Yeovil were held by Solihull Moors in a 0-0 stalemate.

The Beavers required a replay to beat fellow National League South side Tonbridge Angels to reach the second round. The visitors have this week announced the loan signing of former Glover, Jake Gray who will return to Huish Park when the sides meet.

The Glovers have never met Hampton & Richmond under their current title, but did meet in 1988 when the club was refereed to as Hampton F.C.

In the sole meeting between the two sides, Yeovil ran out  2-0 victors with an away trip in September 1988.

The pre-match thoughts of Darren Sarll and loan signing Jimmy Smith can be found on YTTV.

There is also footage available of the Gaffer leading an U10 training session.

A full match report will follow on YTFC.net at full time. This will then be followed by post-match interviews with the manager and a member of the playing staff.

There is a number of discounts available at Huish Park on Saturday, with Juniors able to attend for free!

Rhys Murphy’s hat-trick ensured Yeovil advanced into the third round of the FA Trophy with a 4-0 victory over Hampton & Richmond Borough.

In an afternoon which the Glovers largely dominated, it’s Murphy that takes the headlines with three very well taken goals.

Tom Bradbury also got in on the act, adding a fourth on his return to the starting 11.

It was a change of system for Darren Sarll’s side as the Gaffer adopted a three at the back formation.

Bradbury returned to the side to partner Lee Collins and Luke Wilkinson in the defence.

There was also a return for Matt Worthington as he adopted an unfamiliar right-sided role.

It took a while for the green and whites to find their rhythm, with chances at a premium for both sides.

It would take 17 minutes for the first real clear-cut chance to fall for either side. After Wilkinson had his initial volleyed effort saved, Albi Skendi looked certain to score but spurned his effort wide.

After Skendi’s chance, the game hit a lull once again, with the two sides cancelling each other out.

The game would begin slowly turning in Yeovil’s favour, as Bradbury would go close in the 32nd minute.  The returning defender rose highest from a corner but had his effort turned wide.

Yeovil would eventually take the lead in the 38th minute. A determined run from Skendi released Murphy as he fired Yeovil into the lead with a powerful finish.

Skendi would be involved once again as he fired just wide as the ball fell to him in the box.

At the break, Yeovil held a deserved, but narrow lead.

That lead would not be narrow for long as the Glovers would add a second just 90-seconds into the second half. A quickly taken free-kick freed Courtney Duffus whom put the ball on a plate for Murphy who added his and Yeovil’s second.

Murphy’s third would come in the 62nd minute, and it was the best of the bunch. The striker hit a stunning free kick which flew straight into the top corner as Town built an unassailable lead.

Yeovil’s fourth would come through defender Bradbury, after Worthington’s corner evaded Dan Lincoln in the Hampton net, Bradbury was able to turn the ball home.

The visitors would flurry forward in the 82nd minute and strike the crossbar!  Shaun McAuley's curled effort left Cann stranded but his effort just didn’t dip enough to go in.

As the game came to a close, we would see a Yeovil Town debut as Declan Rose replaced Carl Dickinson during the closing stages.

Tickets for our FA Trophy clash with Hampton & Richmond Borough (3pm, 11th January) are available at a discounted price.

Like our previous FA Trophy match against Welling, Juniors can attend our match for free!

Huish Park will be operating with a reduced capacity for this fixture due to decreased demand in the previous round.

Just the Thatcher's Gold & Main Stand will be open for this fixture, and due to the ground restrictions there will be no season ticket reservations.

Home fans looking to purchase tickets should do so via this LINK, by visiting the club shop (non-match-day) or the ticket office on the day of the game.

Away fans looking to buy tickets should call the ticket office as there is only home ticketing available online. - 01935 847 888

Under 16 - FOC (would still require the collection of a ticket.)