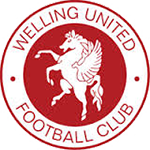 After a midweek win against Chesterfield, the Glovers put the league campaign to one side as Yeovil play their first FA Trophy game since the quarter final in 2003.

Town’s only success in the competition came in 2-0 victory over Stevenage in 2002. Goals from Carl Alford and Adam Stansfield were enough for a Yeovil side captained by Terry Skiverton in front of 18,000 at Villa Park.

Visitors Welling have never won the competition and currently sit in 14th place in the Vanarama National League South.

The Wing’s defeated St Albans City 3-1 to reach the First round.

The first encounter between the two sides came back in 1988 losing 1-0 at Park View Road.

The sides have played a total of 23 games, Yeovil winning 12, losing 8 and drawing 3.

Lee Collins (not our captain!) will be the man in the middle on Saturday, after refereeing Town on Tuesday night against Chesterfield.

The linesmen will be Adam Ricketts and Harrison Blair with Alan Berrow acting as the fourth official.

The pre-match thoughts of Darren Sarll and Albi Skendi are available for viewing on YTTV now.

A full match report will follow on YTFC.net at full time. This will then be followed by post-match interviews with the manager and a member of the playing staff.

There is a number of discounts available at Huish Park on Saturday, with Juniors able to attend for free!

Juniors can support the Glovers for free tomorrow (3pm) as Yeovil Town host Welling United in the FA Trophy.

This fixture offers reduced pricing for all ages, offering fans another great opportunity to support the Green and Whites this season for a much lower cost.

Tickets for Buildbase FA Trophy round one tie are now on sale available online, by calling the ticket office (01935 847888) or visiting the Club Shop.